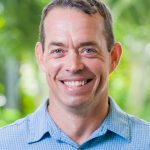 Dr. Mark Speck is an Assistant Professor in Data Scientist for the School of Natural Sciences and Mathematics at Chaminade University.  He is also the Data Scientist-in-Residence at Kamehameha School’s Hālau ‘Īnana and is responsible for the design and implementation of data science pilot activities. He is  a scientist who is practiced at obtaining and analyzing multimodal forms of data. His experience started in the biological sciences and has quickly branched into data from finance, demographics, environmental, and socioeconomics. He focuses on creating reproducible and transparent reports and using ethical methods that incorporates the stakeholder during the process. Role: Faculty and data scientist.

Dr. Rylan Chong is a data scientist and Assistant Professor in the School of Natural Sciences and Mathematics at Chaminade University of Honolulu. He earned his bachelor’s degree in Computer Science and a Hogan Entrepreneur Certificate from Chaminade University of Honolulu. Dr. Chong has a master’s degree from Purdue University in Information Security. He specialized in biometric systems and human factors during his master’s degree. Dr. Chong completed his Doctor of Philosophy degree in Information Security and a Graduate Certificate in Information Security Policy at Purdue University. His dissertation work investigated the relationships of social cognitive career theory factors and cybersecurity research self-efficacy of former and current college students. He was an Alfred Sloan Foundation indigenous graduate scholar and a fellow of the Bilsland Strategic Initiative Fellowship. Dr. Chong’s current research areas and interests at Chaminade University of Honolulu are in data science, cybersecurity, human factors in health care, health, and the career development of STEM students. Role: Faculty and data scientist.

Dr Laura Tipton is an Assistant Professor in Residence for School of Natural Sciences and Mathematics at Chaminade University of Honolulu. She received her PhD in Computational Biology from Carnegie Mellon University – University of Pittsburgh joint program in Computational Biology, she also holds an MS in statistics from George Washington University and a BA in biostatistics from University of Virginia. Her research focuses on microbiomes from many different environments. She aims to incorporate all types of microbes, bacteria, fungi, protists, etc, in her analyses. She is particularly interested in ways to analyze the “-omics” data in ways that give more information that which microbes are present. This can take the form of interaction networks, ecological theory models, multi-directional clustering, and more. Role: Faculty and data scientist. 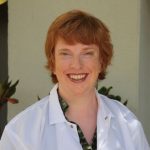 Dr. Helen Turner is a tenured Professor of Biology for the  School of Natural Sciences and Mathematics and Vice President of Innovation at Chaminade University of Honolulu. She is an NIH, NSF and DOD-funded immunology researcher and has led CUH’s STEM transformation over the last 8 years. Dr. Turner has secured over $30M in programmatic and research funds since establishing an independent laboratory in Hawai‘i in 2000, and she led or leads CUH’s NIH BRIC (P20), BRAD (G11), NSF I-USE, NIH INBRE and NSF INCLUDES and AFRL Research Competitiveness Programs. She is also the architect and PI of CUH’s Howard Hughes’ Medical Institute ‘Inclusive Excellence’ program. Dr. Turner is an acknowledged leader in Hawai‘i’s science and educational development and is the architect of a number of critical statewide and national partnerships that benefit CUH’s mission. These include the Ho‘oulu program with Kamehameha Schools, leadership roles in Hawai‘i’s INBRE and EPSCoR programs (co-PI) and as Vice Chair of Hawai‘i’s Statewide Science and Technology Committee. Dr. Turner also serves as the CUH Vice President for Innovation. She is a passionate advocate for equity of opportunity, and sees science and education as fundamental to the achievement of social justice. Role: Faculty and senior advisor, NSF I-USE PI, NSF INCLUDES PI 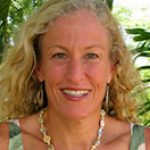 Dr. Gail Grabowski  is a tenured Professor and Director of the Environmental Studies program and Dean for the School of Natural Sciences and Mathematics. She has served as a member of the State Environmental Council and the Northwestern Hawaiian Islands Coral Reef Ecosystem Reserve Council and as the associate director of the Pacific Symposium for Science and Sustainability. She has won awards for her teaching, research, community service, swimming, and outrigger canoe racing. Special interests are developmental and evolutionary biology; invertebrate zoology, ecology, biomechanics and environmental science. Dr. Gail continues to inspire us all to take action to help the environment. On Earth Day April 2007 her book “50 Simple Things You Can Do to Save Hawai’i” was published and released. Role:  Faculty and senior advisor,  NSF EPSCoR PI (Award #) 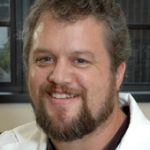 ke Dohm is an Associate Professor of Biology and has been at Chaminade since 2005. His research interests are on gene expression of lung epithelial cells in response to environmental stress in order to better understand how stressors like air pollution can trigger pathological processes. Dr. Dohm’s research is also concerned with integrating evolutionary genetics and ecotoxicology. Tools used range from molecular and cellular to whole animal, spanning molecular and quantitative genetics, genomics, and phylogenetic techniques. Opportunities for research experience are available to Chaminade University undergraduates, during the academic year and for summer research. Role: Faculty Kahoali’i Keahi-Wood, STEM Cultural Engagement Specialist, Chaminade University. Role on Project: Curriculum development for pilot activities, community engagement for original research activity. Mr. Wood is the STEM Cultural Engagement Specialist in the Division of Natural Sciences and Mathematics at CUH. He is currently working with our Howard Hughes Medical Institute ‘Inclusive Excellence’ program to develop cultural modules that embed in numerous science courses at CUH. He is also the architect of our ‘mountain to sea’ 4-year meta-curriculum for Hawaiian students in science majors at CUH. Role: Faculty DR. Kelly Gaither joined TACC as Associate Director in September 2001. She is now the Director of Visualization. She received her doctoral degree in Computational Engineering from Mississippi State University in May 2000, and received her masters and bachelors degree in Computer Science from Texas A&M University in 1992 and 1988 respectively. She has over thirty refereed publications in fields ranging from Computational Mechanics to Supercomputing Applications to Scientific Visualization. She has given a number of invited talks. Over the past ten years, she has actively participated in conferences related to her field, specifically acting as general chair in 2004 of IEEE Visualization. Role:  Senior advisor, NSF INCLUDES PI 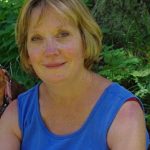 Dr. Gwen Jacobs is the Director of Cyberinfrastructure for the University of Hawai‘i System where she leads efforts to support data intensive research with advanced cyberinfrastructure for the University of Hawaiʻi research community. She directs the State of Hawai‘i EPSCoR Program and serves as Principle Investigator of the NSF EPSCoR Track 1: ‘Ike Wai project. Her research accomplishments and interests span computational neuroscience, informatics, software tools for data management analysis and visualization, campus cyberinfrastructure and regional and national networking initiatives. Prior to coming to UH, she served as Professor of Neuroscience, Director of the Howard Hughes Medical Institute Undergraduate Biology Education program and Asst. Chief Information Officer and Director of Research Computing at Montana State University. Her work has been continuously funded by the National Science Foundation (NSF) and National Institutes of Health for more than 25 years and she has been actively engaged in science policy at the national level throughout her career. Currently she is a founding member of the Advanced Cyberinfrastructure Research and Education Facilitator Consortium (ACI-REF), chairs the Science Advisory Board for the NSF Jetstream project, serves on the external advisory board for NSF Earthcube, the Center for Integrative Biomedical Computing at the University of Utah and the National Center for Microscopy and Imaging Research at UCSD. Role: Senior advisor, Hawai‘i EPSCoR PI Dr. Jason Leigh is the Director of LAVA: the Laboratory for Advanced Visualization & applications, and Professor of Information & Computer Sciences at the University of Hawai‘i at Mānoa. He is also Director Emeritus of the Electronic Visualization Lab and the Software Technologies Research Center at the University of Illinois at Chicago, where he maintains appointments in the Computer Science and Communications departments. In addition he is a Fellow of the Institute for Health Research and Policy, and he has held research appointments at Argonne National Laboratory, and the National Center for Supercomputing Applications. His research expertise includes: Big data visualization; virtual reality; high performance networking; and video game design. He is co-inventor of the CAVE2 Hybrid Reality Environment, and SAGE: Scalable Adaptive Graphics Environment software, which has been licensed to Mechdyne Corporation & Vadiza Corporation, respectively. In 2010 he initiated a new multi-disciplinary area of research called Human Augmentics – which refers to the study of technologies for expanding the capabilities and characteristics of humans. His research has also received numerous press from News media including: the AP News, New York Times, Popular Science’s Future Of, Nova ScienceNow, NSF Science Now, PBS, and Forbes. Leigh also teaches classes in Software Design and he has been teaching Video Game Design for over 10 years. In 2010 his video game design class enabled the University of Illinois at Chicago to be ranked among the top 50 video game programs in US and Canada. Role: Senior Advisor